Woke up at six this morning. Stepped out of my bedroom at the same time Kat was walking out of hers. For the first time since we moved in, four roommates were awake and together before sunrise. We said good morning many times and drank coffee. The boys groaned at the unusual crowding of their morning space. Kat and I laughed, pleased at the unintentional.

We acted cordial like strangers since we’re never all together before work. It was like seeing someone who you only ever see stand up lay down instead. A new angle, a tilted view. My roommates and I have known each other for years, went through school together, and now rent a house in a beach town a few miles from where we grew up.

How sacred mornings can be, the minutes between waking and starting a day. We usually stagger these times individually, across hours, spent alone at the kitchen table, over oatmeal or worry, in this house we share.

It’s still early but now everyone is gone. The boys are at work, Kat’s at yoga, it’s grey outside. I’m alternating between reading and writing, with books balanced against my bare thigh, laying with knees bent higher than the rest of my body, on the couch. Outside the air is clean like linen, and damp. It’s spring now, but snow still piles in some corners. The window is open behind me. I stretch my right arm back to feel the chill closer.

Later I too will go to work, write more and what was that last thing? Now I forget. I’m so lazy-minded. Mentally lithe. Willowy. My knees drop to one side. A spinal twist. Also feel like eating pancakes made out of something heartier than white flour. Grains of some kind.

It’s a good thing I slept home last night because the boys teased me for my sleep outfit, which made me laugh genuinely, the kind I haven’t lately, when I haven’t been at home. The outfit included a shirt of a metal band I do not listen to and shorts that say RBC, a high school I did not attend. I bought the shorts at a flea market last week for a dollar and the shirt, oddly enough, was a gift from my mother.

The irony of it all has me smiling. We shook the melancholy out of an ordinary morning. 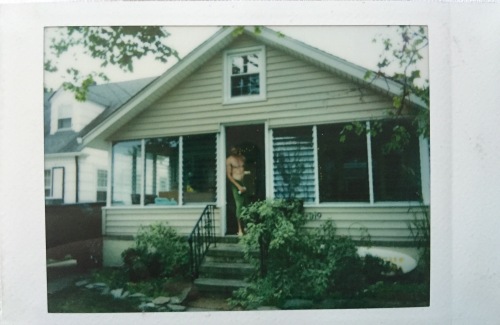 One response to “April 1st”